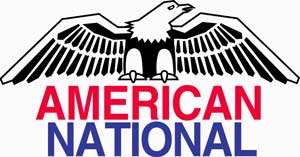 Commonly known and abbreviated as ANPAC, American National Property And Casualty Company was incepted in 1973. Alongside its parent company, ANPAC deals in a myriad of insurance products in 32 states within the US. The 1,400 insurance agents working with ANPAC ensure distribution of its products throughout its 32 States of operation. ANPAC has its headquarter in Springfield, Missouri while its mother company ANICO is headquartered in Galveston, Texas. The company began its operations soon after inception with only eight employees who drove it to writing its initial policy in February 1974. Since then, the company has grown to introduce several full-time insurance products and expanded its territory.

Among several others, some of the disaster relief assistance programs offered by American National Property and Casualty Company include automobiles, boat, motorcycle, homeowners, umbrella and other individual lines programs as well as agribusiness insurance. These protections are offered in three main levels, that is, Silver, Gold, and Platinum. Generally, each of the levels offer liability and property protection, however, the difference comes in the in the rising amount of dollars and percentage of your home and properties covered. One very notable advantage of ANPAC is that it designs any policy to meet and fit your needs, rather than giving you just a pack of three policies to choose from. American National Property and Casualty Company offers flood insurance through the National Flood Insurance Policy. You can use your current agent to get flood insurance from this company.

American National Property and Casualty Company also provide online services in addition to services at their various physical locations. There is an online home insurance quote form as well as several toll-free phone numbers, and mailing and mailing addresses, all aimed at improving their services. Such steps are aimed at helping the customers and to-be customers quickly get connected to the company to get their concerns addressed. On the same note, ANPAC claims office is operational 24 hours round the clock alongside an online account manager that helps you transact freely from the console of your home. In addition, ANPAC features among the insurance companies that offer a dividend program to reward clients for being claim free. Conditions for qualifying for such a program are not so stringent making this company very popular among homeowners. Using the various provided means of claim filing and handling, the client can table their claims for processing.

In conclusion, from customer reviews, ANPAC is one of the best home insurance companies since it also helps its clients save more by qualifying for discounts, dictated by certain simple conditions. Some of these discounts include holding more than one policy like auto or life, also having an alarm system among others.