You are here: Home / Consumer Products / What The FDA’s Antibacterial Soap Ban Means For You 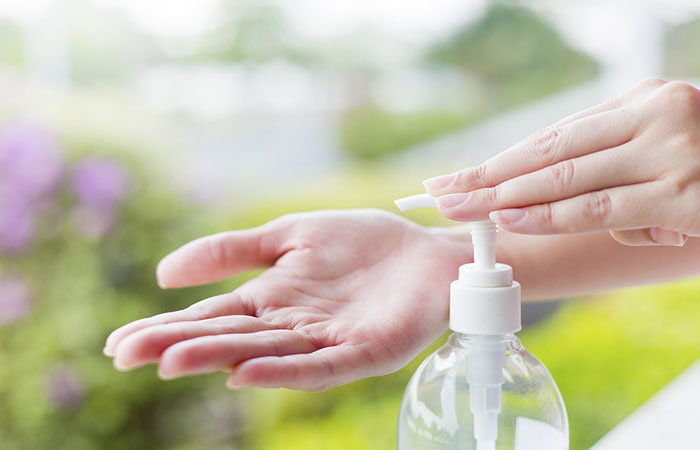 Antibacterial soap is soon set to disappear from the U.S market following three years of pondering by the Food and Drug Administration. The FDA established that no evidence exists to show that using anti-bacterial soaps brings about more effectiveness in preventing infections than plain soap and water. The Food and Drugs Agency also concluded that the risks of using chemicals such as triclosan, mostly used in antibacterial products, outweigh their benefits, if any, by far.

According to studies, Triclosan, one of the banned chemicals in the ruling can disrupt both animal and human health. For instance, according to a study carried out by the University of Chicago, exposure to triclosan poses a risk to fetuses. Another study also showed that misuse or overuse of triclosan could lead to antibiotic resistance.

In fact, one of the major threats to human health at present includes antibiotic-resistant bacteria. If this trend goes untamed, then there’s no doubt that in the near future more people will die from antibiotic-resistant infections than cancer. Antibiotic resistance is a setback that threatens to jeopardize some of the key medical advances made in the last century.

Under its mandate, the FDA went on to ban triclosan along with 18 other similar chemicals from body and hand washes. According to Dr. Theresa M. Michele of the FDA’s Division of Nonprescription Drug Products, using antibacterial soap ends up giving people a false sense of security. She further noted that people tend to use the antibacterial soap just because they think that they offer them more protection than plain soap and water.

While the decision to ban antibacterial soap mainly affects the manufacturers of these products, there are also concerns among consumers for varying reasons. The majority of Americans had fully embraced antiseptic soaps as a means of staying germs free. Therefore, the decision to ban these soaps leaves most of the people exposed to germs that their bodies are not used to fighting on their own.

For instance, the ban may have a negative effect on immunocompromised persons, such as those receiving chemotherapy treatment. This is because such patients have always relied on antibacterial soap to keep off bacteria and other infections.

According to the FDA, consumers will now be forced to ditch these soaps for their own good. Since there is no official recall or refund for the banned antibacterial soap as at now, consumers who had stocked up these soaps will have to deal with the loss, unless the manufacturers recall them or offer replacement products.

On the other hand, having gotten used to antibacterial soap, there is a higher likelihood that some individuals will be more susceptible to bacterial infections if they cease using antiseptic soaps. This is because their immune systems have not yet been fully tested.

What To Do If The Antibacterial Soap Ban Affected You

Following the FDA ruling, the American Cleaning Institute has decided to give up on triclosan even though they maintain that using an antiseptic soap to wash your hands is more effective in reducing the risk of infections compared to plain soap and water. However, the FDA says that based on the outcome of their clinical trials, antibacterial soap do not have any greater benefits than plain soap and water.

Therefore, consumers are advised to ditch antibacterial soap and instead wash their hands with plain soap and water. They can as well contact the manufacturers of the soaps they have to find out whether they are offering any refunds or replacements and if not, when such replacements or refunds may be due.

Plain soap and water is as effective in reducing pathogens as long as you wash your hands properly. You just need to lather your hands with soap on the back, front, between the fingers and under the nails and scrub them for some time applying sufficient friction while washing.

Consumers can get the full list of the banned chemicals from the FDA’s official site. However, for those suffering from conditions that compromise their immune systems, they should contact their health care providers for alternative solutions or the best way forward.

What Are You Eligible For

The FDA just made the ruling concerning antibacterial soap. Hence, more developments are expected regarding this issue. For instance, consumers who had stocked up the banned soaps are wondering what to do with the soaps now that they have been banned.

However, there isn’t any official announcement by the manufacturers or the FDA as to whether these soaps will be recalled or whether consumers can get a replacement product or refund in exchange for the banned soaps.

Nevertheless, since the FDA ruling was made just recently, consumers should be on the watch out for any new developments concerning what they can get in exchange for the banned soaps. Depending on varying circumstances, the manufacturers may offer replacement products or refund cash in exchange for the soaps.

With the manufacturers having been given a year to eliminate the banned chemicals from their products, there is ample time for the concerned parties to reach a consensus concerning the best way of compensating the affected consumers.