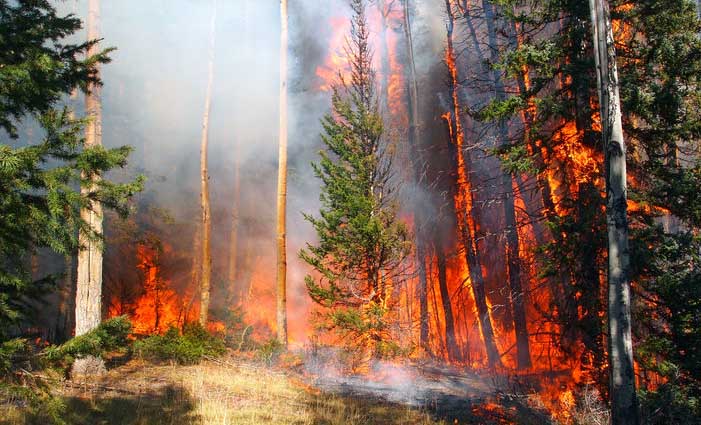 Late in October 2007, California was hit by a series of large wildfires that took the effort of more than 6,000 firefighters to contain the fire in days. The fires destroyed thousands of acres and burned approximately one million residents forcing more than 256,000 people to flee their homes for safety. The series contained more than 30 fires, but 17 of them caused adverse damages. The destroyed land was estimated to be approximately 970,977 acres ranging from Santa Barbara County all the way to Mexico-US border. The fires surpassed the 2003 deadly California fires that destroyed 800,000 acres of land.

Cause of the wildfires

The wildfires were a result of numerous sources and a number of factors contributed to its rapid spread. Several of them were ignited following the destruction of power lines due to the high winds. Another one started when a truck overturned while one was deliberately started by an individual who was later shot by the state authorities from a plane. A 10-year-old boy also admitted having accidentally ignited one fire while playing with matches. Other causes of the wildfires are unknown and undergoing investigations from responsible departments. Due to the drought condition in the prone area, strong Santa Ana winds and hot weather, the fires easily spread to other areas causing more damage.

Impact of the 2007 California fire siege

Approximately 1,500 homes were burned and 3,900 square kilometers of land destroyed. Sadly, the 2007 California fires killed 14 people with nine of them being directly burned by the raging fires. 160 people were injured including more than 124 firefighters. The fires caused more than one million people to be evacuated from their homes. During the period, Arnold Schwarzenegger, California Governor declared seven counties under the state of emergency following the fires. Since then the responsible authority has been cautious, and similar fires have not been experienced to date. Traditionally, California is prone to wildfires between June and October, but the threat has been contained.

Recovery from 2007 wildfires in California

Most of the residents affected by these fires has been struggling to get back on their feet. However, some of them have been given assistance by the government through facilitation of the recovery process through issuance of building permits. However, some property owners had taken property and casualty policies from California insurance companies. Property and casualty policies usually underwritten by private companies cover damages relating to weather calamities including wind. However, to stand a chance of getting compensation, you must have paid your due premiums. Insurance companies played an important role in helping those insured recover from the deadly wildfires.