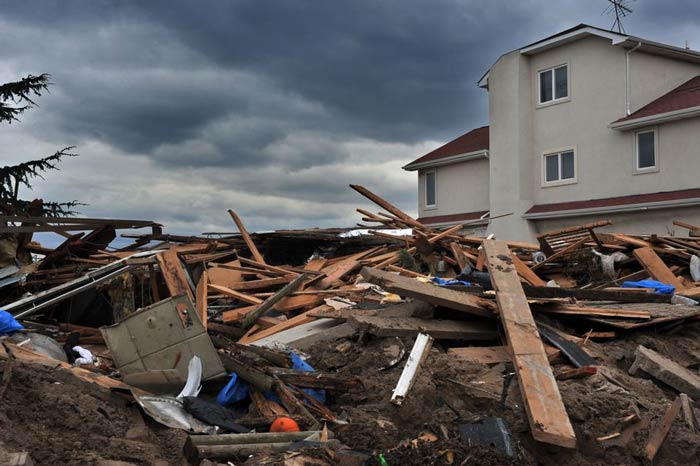 Hurricane Sandy is considered as the second most devastating and largest Atlantic tropical storm recorded since 1988. Sandy hit the United States during the last week of October 2012 and landed in the south of New Jersey with a speed of 90 mph. Below is a look at some Hurricane Sandy Facts.

Sandy Was Exemplified by a Blend of Rare Factors

Unlike most hurricanes, Sandy picked up momentum on the warm ocean on down south. It then hit the cold, arctic blast from the north. As far as timing was concerned, it was flood moon, which meant high tides accompanied by floods.

Sandy struck around Halloween and was consequently christened as the Frankenstorm. Also, following the storm, the Greenwich Village Halloween parade was postponed. It was the first time the event was being postponed in its 39 years of history.

Trading On Wall Street Came to a Standstill

For 48 hours, there was no trading in the Wall Street as Hurricane Sandy took its toll on the residents and property. The last time the Wall Street remained closed consecutively for two days due weather related reasons was in 1888.

At its peak, it was estimated that there were over 3.5 million tweets bearing the hashtag #Sandy. According to Instagram’s chief executive Kevin Systrom, about 10 pictures were being uploaded every second with the hashtag#sandy.

The recovery cost and scope was estimated be as much as $ 50 billion. In fact, the Governor of Chris Christie speaking a day after Sandy occurred term the recovery costs as incalculable.

No natural disaster has ever caused the kind of damage Hurricane Sandy Caused in the New York’s subway 108-year history. The extent of damage led to the closure of the subway for four days but some sections of the largest mass transit system in the United States remain closed for longer.

Over 4.8 million customers stayed without power for hours in 15 states and the District of Columbia. The worst hit areas were New Jersey, New York and Pennsylvania as well as Connecticut.

More than 12,000 flights were cancelled after Hurricane Sandy struck and all the three major airports that serve the United States remained closed for 48 hours.

In the Irish enclave of Breezy Point s in Queens, more than 100 homes were destroyed in an overnight blaze. That particular incident turned out to be one of the most destructive trails left by the storm.