You are here: Home / Consumer Products / What You Need To Know About The Recent Mazda Recalls 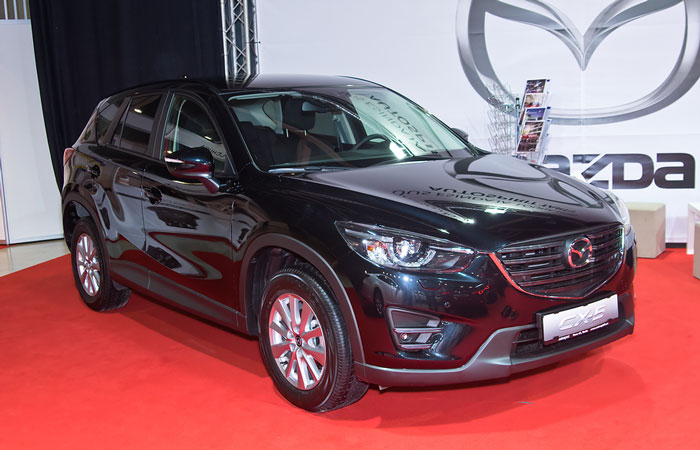 Mazda has just recalled 2.2 million automobiles worldwide. These automobiles include Mazda cars and SUVs. The vehicles were recalled due to the confirmation that the rear hatches installed in these vehicles can fall and cause injuries to people. Mazda has also added that the vehicles being used in the United States could develop computer technology issues that could affect their diesel engines.

This recall includes specific vehicles manufactured between 2010 and 2013; such as the model of Mazda 3 compact cars. The other models suspected to be having these defects are the Mazda 5 vans manufactured between 2012 and 2015. Certain CX-5 models of 2013 to 2016 and the CX-3 SUVs of 2016 are also included in this group of vehicles been recalled. Collectively, approximately 759,000 vehicles in the United States and Canada have been affected.

To explain the judgment to arrive at this cause of action, Mazda has said that the corrosion protection coating that was applied to the vehicles’ hatch lift supports during manufacture at the factory was insufficient. This puts Mazda directly responsible for this defect in the vehicles as they were released to the customers without a complete analysis that they were fit for the market. The company is afraid that ultimately, the mixture of water and road salt might get into the supports, and eventually cause them to wear away and break.

Thus far, Mazda has maintained that it has not reported any accidents or injuries as a result of the problem. Mazda has endorsed that dealers will replace the two lift supports. All the customers with these models will be advised in September or October regarding the time to take their vehicles in for the necessary repairs.

Who was Affected and Who Is Eligible For Mazda Repairs?

The affected customers include specific Mazda 3 compact cars manufactured between 2010 and 2013, 2012 to 2015 Mazda 5 vans, various 2013-2016 CX-5 and the CX-3 SUVs of 2016. Mazda has launched the company’s official website that contains a comprehensive list of all the vehicles being recalled. The customers can, therefore, check if their vehicles are on the list of recall.

The repairs for these cars will be done for free. The customers are entitled to filing a product liability suit against Mazda with the claim that the vehicle was defective during purchase. Obviously, this possible suit stems from the hidden danger that customers could have could have been seriously injured while driving one of these vehicles.

This type of suit can be substantiated with the claim that Mazda acted carelessly and put the lives of the customers in jeopardy. These standards apply even if the vehicles have not caused any substantial damage to the customers prior to this recall.

What To Do If The Mazda Recalls Affected You

Currently, there is no lawsuit or class action suit that has been filed against Mazda in regard to the recalling of this group of vehicles. Any customer is, however, entitled to file a lawsuit together with the relevant NHTSA reference number if they feel cheated by the manufacturer.

If you had discovered a problem and had it corrected by the dealership before the recall, you are entitled to a refund. This is, however, limited to the customers who can present a receipt for the repair performed by an authorized Mazda dealership. This claim must be done within 10 days of the initial mailing of the recall. The customer is also expected to return the reimbursement form attached to the recall letter, together with the repair documentation. This refund information is according to the official Mazda website.

To see if you are eligible for repairs, please visit the official Mazda website or safecar.gov. Please make sure you have yor VIN number on hand.

What Are You Eligible For?

A customer can to file a suit against Mazda or join a class action suit against the manufacturer. They are also entitled to a free repair and or replacement of the defective parts of their vehicle. Mazda dealerships have the mandate to perform the repairs on the vehicles, failure to which the customer should report them to Mazda or to the National Highway Traffic Safety Administration.

It is important for the customers to remember that most States have statutes of limitations for bringing a lawsuit. This means that the customer has a time limit for bringing a lawsuit against the manufacturer. As a customer, it is within your rights to claim that the manufacturer misled you during the purchase of the vehicle. This owes to the fact that Mazda should have ensured that the vehicles had a strong frame and good diesel engines before releasing them into the market.