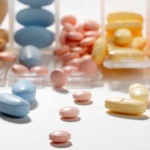 On September 30, 2004 Merck, a billion dollar pharmaceutical company, decided to recall their Vioxx product having launched the medication in 1999. Vioxx is classified as a Cox-2 inhibitor medication used by over 84 million people most commonly for the treatment of arthritis. Spokespersons at the company concluded that the recall was made because of […]