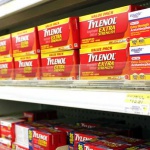 Time Frame Deemed a major hazardous risk to the health of American citizens, there was a nationwide recall of Tylenol products starting on October 5, 1982. This recall began as a protective, yet reactive, response to the cyanide poisoning deaths of seven people in the metropolitan Chicago, Illinois area. Tylenol, which is an over-the-counter medication, […]